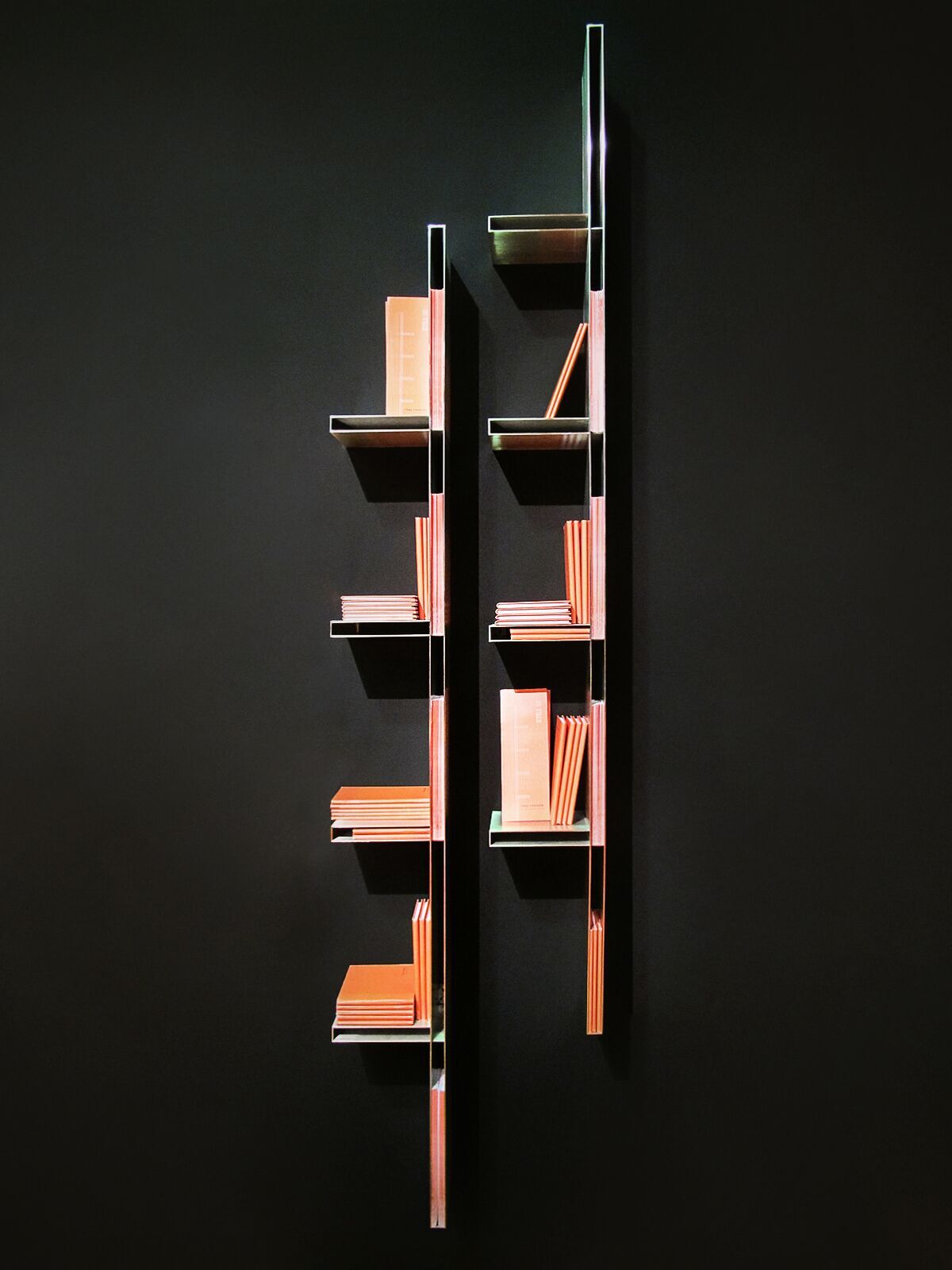 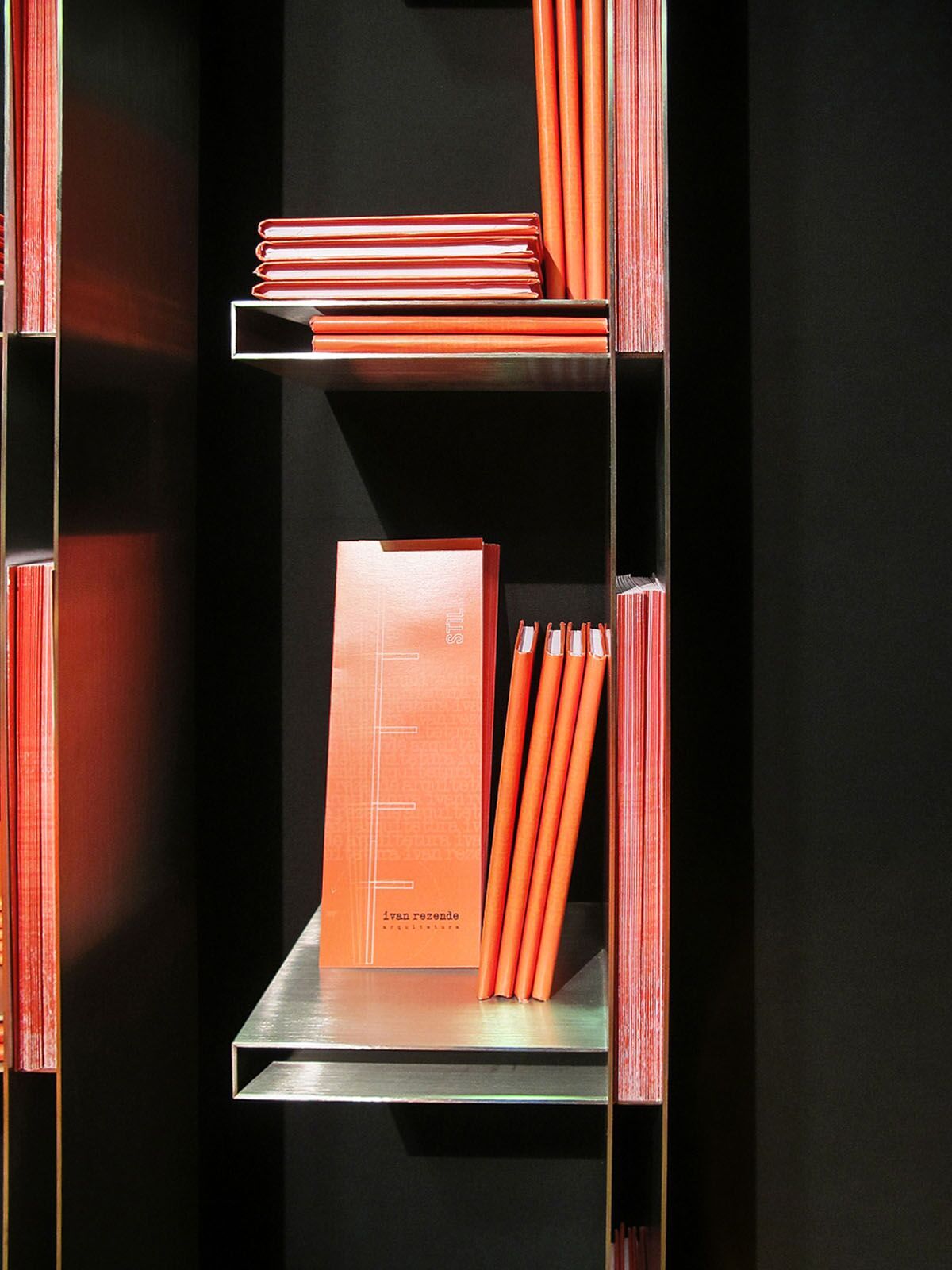 Year of Creation: 2014
Piece developed from the HI modular shelf created originally in wood, in 1997.
Keeping the initial premise of being a multi-spatial object-module which, rotating 360 degrees, allows different assemblies and formal contents, the Still Hi shelf enables applications on either flat or curved surfaces, without losing its functional features.
A new discussion was added to the product in rethinking the object from the possibilities made available by the exchange of the starting material of its constitution, wood, for structural steel sheets.
In this way, the previously solid structure of the object becomes a structure made of voids, resulting in a double element that does not distinguish frame from support.